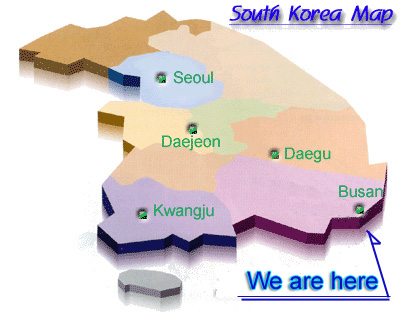 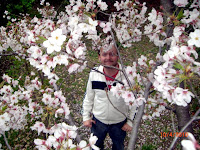 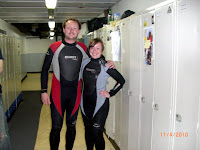 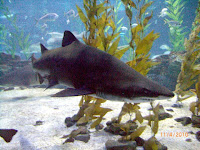 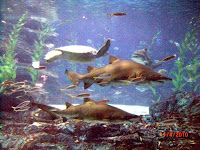 On Friday morning I opened my birthday presents from home. I also opened many presents from David. After work David and I headed straight to Seoul train station and got on a train to Busan. We had beers, snacks and more beers. Before I knew it we arrived at Busan. We headed to Haeundae beach at around 1.30am and set off a few fireworks as it was officially my birthday. After the fireworks we went to a motel. It was a nice room as it had a sea view.

On Saturday 10th April MY BIRTHDAY we woke up and went for a walk on the beach. The beach was lovely. We also came across many cherry blossom trees. This was significant as it meant the spring was officially on its way. After our walk we went on a boat ride. This was fun but I felt slightly sick (like always). In the evening we went for my birthday dinner! The meal was gorgeous and the drinks were fabulous!

On Sunday SHARK DIVING DAY we woke up extremely early as we had to be at the aquarium for 9.30am.We had an introductory lesson about diving and then had a look around the aquarium. This made me very excited because we could see the shark tank in which we were going to dive in. The sharks and the other creatures were huge! Some sharks were six foot long. In the tank there were black tip sharks, tiger sharks, sand sharks, lemon sharks and other creatures such as a huge turtle that weighed 200kg. There were also giant groupers. Some of these were bigger than the sharks! We had training in a small pool (which had two sting ray swimming around) to learn how to use our equipment. After this, off we went. It was surreal being in the tank with all of these creatures. It was so cool. I couldn't believe I was finally doing it. I was soooo happy. I enjoyed every second of it. After our session was finished we had another walk along the beach and then headed back to Seoul. I had the best birthday ever!